Despite Buffalo's Running Game Super Bowl 57 is in View! 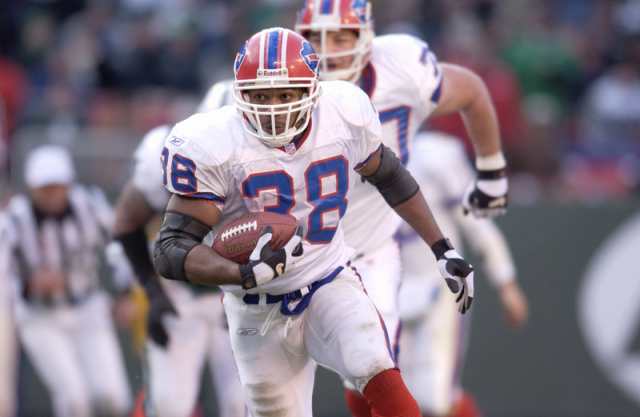 With only two months out  until the start of the NFL season, we’re giving you guys our first team preview: the Buffalo Bills. It’s been a long and slow rebuild for the Bills, and the team came within minutes of heading to the AFC Championship. If it weren’t for a Travis Kelce touchdown in overtime, the Bills would have faced the Bengals with the chance to head to the Superbowl. Who knows what would have happened against the Rams!

With the loss of Tyreek Hill, the Chiefs offense may take a step back this year. Buffalo has a chance to assert itself as the true class of the AFC, and is a runaway favorite to take home the AFC East division once again. Some key additions for the Bills include Super Bowl champion Von Miller on the defensive line, with a six-year $120 million contract. It shows that Buffalo is addressing some of their weak points on defense, while returning a majority of last year’s roster. The Bills also added Jordan Phillips and former Buffalo first-round pick Shaq Lawson to the defensive line adding much needed depth.

On the offensive side of the ball is where things get interesting. Josh Allen has the weapons to be the top quarterback in the league this year. While many were salivating over the four touchdown game from Gabriel Davis against the Chiefs, Stefon Diggs remains the top dog in this offense. Diggs saw a minor decline in receptions and receiving yards in 2021 from his first year in Buffalo, but scored two more touchdowns. This could be due to the emergence of Davis, as well as tight end Dawson Knox. The Bills added some more weapons to bolster its wide receiving corps with veteran slot receiver Jamison Crowder and an exciting rookie Khalil Shakir from Boise State.

Buffalo’s main weakness remains its running game. While Devin Singletary emerged as the top option last year after Zack Moss fell out of favor, the Bills added third down threat Duke Johnson in the offseason. Perhaps most significantly, the Bills added rookie and Dalvin Cook’s younger brother, James Cook with a second round draft pick out of Georgia. Cook could see immediate action with the Bills, although having Singletary and Duke Johnson means he likely will be a two-down back to start his career.

So what’s in store for the Bills this season? They should easily take the division title again this year. Even with Miami having a big offseason and the Jets kicking their rebuild into overdrive, the Bills are clearly the class of the division and most likely the AFC as well. Expectations are the highest they’ve been in Buffalo, and anything less than an AFC Championship will likely be a disappointment for this franchise. It’s a tough schedule for Buffalo, who kick the season off in Los Angeles to take on the Super Bowl champions. The Bills will also face Kansas City, Green Bay, Baltimore, and Cincinnati in Week 17. This year Buffalo has a Week 7 bye which is fairly early, which could lead to some fatigue and injuries come playoff time.