Is Russell Wilson the Edge Denver Needs to Lead the AFC? 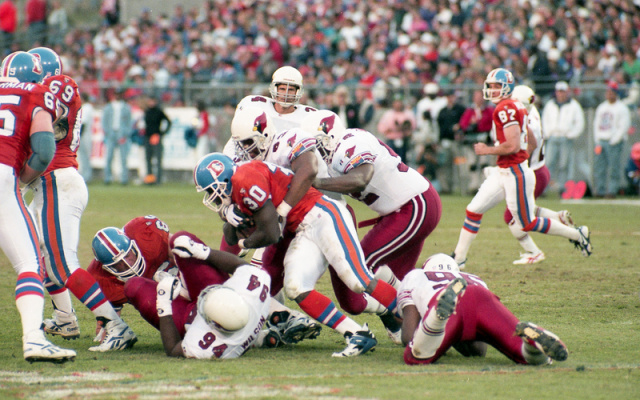 Can Russell Wilson Push the Broncos to the Top of the AFC? Ever since Peyton Manning retired, the Broncos have been searching for that missing piece to push them over the top. Years of great defenses were stifled by mediocre offenses. Now that the Broncos have revamped their offense, they needed a consistent quarterback. Finally, in 2022, they have all of these elements in place after acquiring long-time Seattle Seahawk quarterback, Russell Wilson.

Wilson immediately becomes the best quarterback the team has had since Manning. He leaves a run-first, plodding offense in Seattle to a redesigned system in Denver with plenty of weapons. Touted as one of the strongest young wide receiver groups in the league led by Courtlant Sutton, Jerry Jeudy, and Tim Patrick, all three receivers should see an immediate boost in production from Wilson.

Lost in the shuffle is deep speed threat KJ Hamler, who many believe could be the recipient of Wilson’s deep passes that he often threw to Tyler Lockett. No other receiver can match the speed of Hamler, so the receiving core is as deep as Wilson has ever had. In the backfield, second-year back Javonte Williams and Melvin Gordon will once again share duties. Williams was a wrecking ball last year and many thought he would break out as a workhorse back this season if Gordon went elsewhere in free agency. The Broncos are taking the committee approach in the backfield like so many other teams are. Depth at a position that is prone to injuries has proven to be valuable in deep playoff runs. Just ask the 49ers, the Chiefs, the Patriots, and the Buccaneers.

On defense, the Broncos are still strong, although this will be the first camp in a while without veteran Von Miller leading the way on the defensive line. It’s now or never for Bradley Chubb to become the leader of this group. Denver signed a couple of stalwarts away from San Francisco in free agency, with DJ Jones and K’waun Williams joining the starting group. They also added Randy Gregory, Ronald Darby, and Kareem Jackson to add some veteran presence. It grades out as a strong defense, although this might be the first time in a while where Denver’s offense is the stronger unit.

The challenge for the Broncos will be being a part of the toughest division in football. Wilson knows all about this, battling for years in the NFC West. But the AFC West poses numerous different challenges, including having to face Justin Herbert and Patrick Mahomes twice per year. The Chargers look to have the best defense in football, the Chiefs are always an offensive threat, and the Raiders added Davante Adams this offseason. Could Denver win the division? Sure. It’s up for grabs and should be one of the best races in the NFL this year. Will they win? I still think the Chargers are the team to beat, but I can absolutely see the Broncos fighting for a Wildcard position come December.