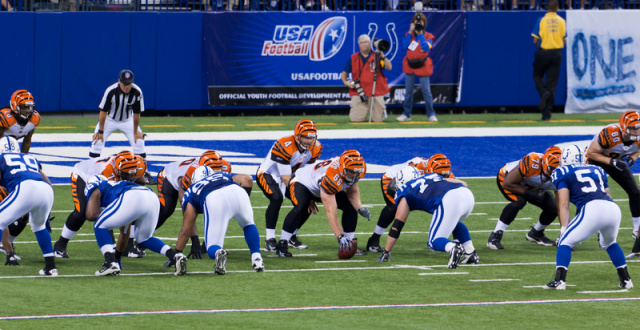 Can we call the Cincinnati Bengals last year’s Cinderella team? Joe Burrow and company will be out to prove us wrong this season. Cincinnati saw a magical run to the Super Bowl where they ultimately lost to the Los Angeles Rams. The Bengals knocked off the Kansas City Chiefs in the AFC Championship, as well as the Tennessee Titans and the Las Vegas Raiders. Can the Bengals repeat their successes in 2022?

Burrow showed us why the Bengals chose him first overall out of LSU. A year removed from a torn ACL, Burrow showed up on the biggest stage in the sport. It helps that he has one of the best young offensive units in the NFL, headlined by Ja’Marr Chase, Tyler Boyd, and Tee Higgins at wide receiver. Remember when people had concerns with Chase in training camp due to some dropped catches? The Burrow-Chase connection looks like one that’s going to be dominating the AFC for years to come. 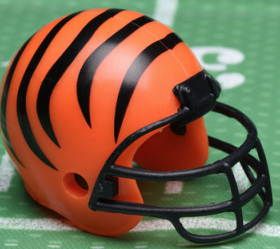 Joe Mixon returns as the workhorse back this season, with a group of backups behind him that include Samaje Perine, Chris Evans, and newly drafted Shermari Jones. Expect some better running out of the Bengals this year with an improved offensive line. After being picked apart by Aaron Donald and the Rams in the Super Bowl, Cincinnati was determined to improve their protection of Burrow. They brought in Alex Cappa and La’el Collins in free agency to bolster what was the team’s weak point last season. At tight end, the Bengals replaced CJ Uzomah with veteran Hayden Hurst who can help with blocking as well as put up some receiving yards. With the wide receiver trio that Burrow has, we can expect Hurst to do more on the blocking side of things.

On defense, the Bengals had a surprising unit last year. Led by Chidobe Awuzie in the secondary and Trey Hendrickson on the defensive line, Cincinnati put up their best defensive season in years. Can they repeat? It’s largely the same unit although Cincinnati did begin adding to its defensive depth through the draft. It will be interesting to see if Cam Taylor-Britt can make an impact in the secondary or if Florida standout Zach Carter can slot in on the defensive line.

How will Zac Taylor's Cincinnati do in the AFC North? The Ravens are presumably getting back to full health. Lamar Jackson had a year full of injuries and the Baltimore defense was decimated. In terms of coaching, you have to give the edge to Baltimore, but it’ll be interesting to see if the Bengals can continue to shut down Baltimore’s offense. Pittsburgh is in a transition year following the retirement of Big Ben, and the Browns are also up in the air with an impending suspension to Deshaun Watson. Cincinnati should be the favorite to win the division again, but I worry if they have to take on a team like Buffalo or the Chargers this year in the playoffs. Expect to see the Bengals in the playoffs, but I wouldn’t count on another Super Bowl run.