Last year Cowboys fans thought it was finally time for America’s Team to make that long playoff run. Unfortunately, they ran into the playoff buzzsaw that is the San Francisco 49ers. Dallas enters 2022/2023 as the odds on favorite to win the NFC East division again, but that isn’t saying much. In what is likely one of the weakest divisions in the NFL, the Cowboys have little competition from Washington or the Giants, while the Eagles could make a run depending on the play of quarterback Jalen Hurts.

Dak Prescott is back under center in what should be a high powered offence once again. Gone is Amari Cooper, as the Cowboys hand the reins over to CeeDee Lamb. They re-signed Michael Gallup and signed deep threat James Washington away from the Steelers. Perhaps most exciting for Cowboys fans is that they drafted Jalen Tolbert, the former Sun Belt Offensive Player of the Year in 2021. Tolbert is polished, he has good size at 6’3” 195 lbs, and decent speed. He should immediately be thrust into a complementary role to Lamb, and might even overtake Gallup as the number two threat. Despite ongoing contract negotiations, Dalton Schultz is slated to be the top option at tight end after a breakout season. 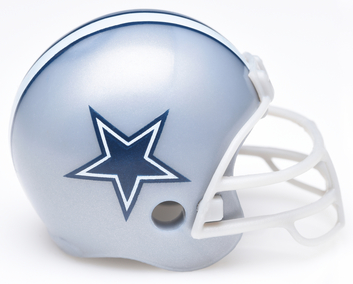 The backfield remains a split between Ezekiel Elliott and Tony Pollard this season. The Cowboys have come out and said that Zeke will still get a majority of the carries, but last year we clearly saw Pollard begin to take a larger chunk of the touches. The problem with the run game might be that the offensive line is nowhere near as elite as it has been in recent years. They lost offensive tackle La’el Collin to the Bengals in free agency but still have Tyron Smith and Zack Martin anchoring the line. Rookie offensive lineman are always a question mark, but Dallas is hoping that Left Guard Tyler Smith can step right in and make an impact. The first round pick out of Tulsa should be able to fill in, but whether or not the line can be cohesive early in the season remains to be seen.

On defense, the Cowboys return the same strong group of linebackers led by Micah Parsons and Leighton Vander Esch. Trevon Diggs will attempt to follow up his 11 interception year with another strong performance, and Demarcus Lawrence is anchoring a defensive line that does have some question marks heading into the year.

Overall, the Cowboys shouldn’t have any issue making the playoffs again. It’s a tough start to the schedule, as they open up against the Buccaneers and Bengals at home. They also have to face the Rams and the Packers, but if you are looking to bet a future early, the Cowboys to win the NFC might be an interesting bet. Look at the last half of their schedule: Vikings, Giants, Colts, Texans, Jaguars, Eagles, Titans, and Commanders. Those are all winnable games, and they also face the Lions and the Bears earlier in the year. I like Dallas this year, but they will have to prove that they can win in the playoffs before I recommend them as a Super Bowl contender.