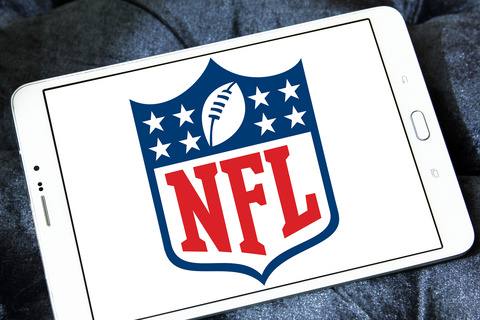 Welcome back NFL! It’s never too early to get excited about the return of the NFL season and we’re just over ten weeks out from Week 1. It seems like just yesterday the Los Angeles Rams won the Super Bowl over the Cincinnati Bengals on their home turn at SoFi Stadium. It’s been another eventful offseason for the NFL, and with just over two and half months left, we could see some more fireworks before the opening kickoff./p> Remember when Tom Brady briefly retired? It seems like a distant memory now but the undisputed GOAT is back and ready to compete for his record eighth Super Bowl ring. He’ll do so without Chris Godwin to start the year and with Todd Bowles taking over head coaching duties from Bruce Arians.

What about all of the big names that moved this offseason? Davante Adams left the drama behind in Green Bay and partnered up with his College quarterback Derek Carr in Las Vegas. Tyreek Hill was shockingly traded to the Miami Dolphins when he couldn’t agree on a new contract with the Kansas City Chiefs. AJ Brown was traded to the Eagles, Amari Cooper was traded to the Browns, and Marquise Brown was dealt to the Cardinals. And these are just the wide receivers.

New quarterbacks will be the highlight of the new NFL season as Russell WIlson finally left Seattle and joined the Denver Broncos. Long-time Atlanta Falcons quarterback Matt Ryan is now starting in Indianapolis, and former Colts quarterback Carson Wentz is in Washington.

Von Miller signed a monster deal with the Buffalo Bills, Khalil Mack was sent to the stacked Los Angeles Chargers defense, and Yannick Ngakoue headed to Indianapolis in a one for one trade with Las Vegas for Rock Ya-Sin.

But undoubtedly, the biggest story this offseason has been the evolving off-field case of newly traded Cleveland Browns quarterback Deshaun Watson. Having now settled 20 of 24 allegations against him, Watson now faces a potential season-long suspension from the NFL this year. Watson’s case overshadowed star running back Alvin Kamara’s arrest at the Pro Bowl in Las Vegas, for which it was recently revealed he might be facing a six-game suspension for.

It’s never a dull  moment for the NFL and sports bettors and online sportsbooks are certainly excited for the return of a new season. The Buffalo Bills enter the season with the best odds to win the Vince Lombardi trophy at +700, followed closely by Tampa Bay at +800, and Kansas City at +1000.

As it is each year, the NFL season is going to be a grind for bettors. Eighteen weeks of crunching numbers, researching trends, and placing bets. With so many superstar names switching teams this year, betting on teams without changing rosters could be the safest bet early in the year. Don’t forget to check out our site for our NFL best bets each week for some of the best game previews and betting angles in the industry!