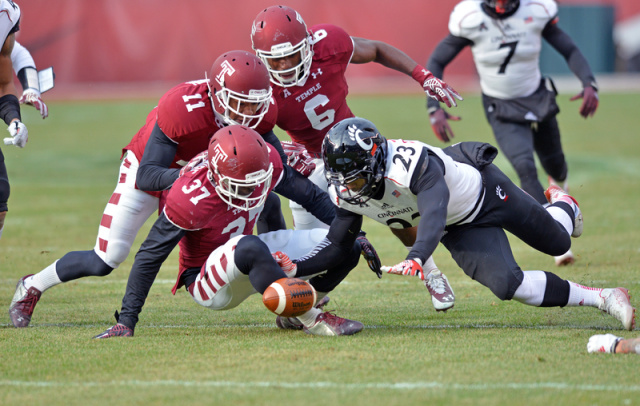 The marquee matchup under the Friday Night Lights this week sees the number five ranked Bearcats head to Raymond James Stadium in Tampa to take on the Bulls. On paper this is an epic mismatch, with Cincinnati a perfect 9-0 so far this season, and the Bulls a paltry 2-7. The issue all season long for Cincinnati is their desire to be a Group of Five Conference team in the College Football Playoffs. Well, the College Football Playoff Committee has continuously snubbed non-Power Five teams, and the Bearcats are no exception. The thing is, Cincinnati just hasn’t been impressive as of late. They narrowly beat Tulsa last week, if it weren’t for a last minute goal-line stand against the Golden Hurricane. The week before, they handled Tulane, but the week before that they beat Navy by only one score. The Bearcats haven’t covered a spread since Week 7 against UCF, so how can we expect them to cover 23.5 points on the road? Its offense just hasn’t been explosive as of late, and the Bearcats have had some serious problems on special teams, missing 6 of 12 field goals this year. Cincinnati should dominate on both sides of the ball here, but then again, we said that about Tulsa, Tulane, and Navy as well. With such large spreads, you only need one mistake for things to fall off the rails. I’m willing to be one more time that Cincy fails to cover the big number, and an improving South Florida team manages to fall within the number at home.