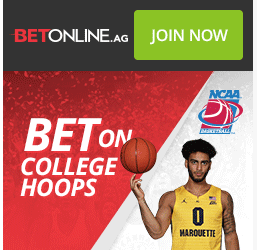 To close out Wednesday night, we head to the Big East conference for a late night matchup between Villanova and Marquette. These are two squads who know each other well and will definitely be in contention for the Big East title at the end of the season. Revenge will be on the minds of Villanova after the Golden Eagles eked out a win on January 19th by a score of 57-54. Both teams enter this game as against the spread juggernauts with Villanova going 7-3 in their last ten games and Marquette going 8-2. This is the type of game where the spread likely won’t matter as much, and in any case, I expect it to be a pretty short number given the familiarity between these two teams. One stat that sticks out: Marquette ranks first in the conference in three-point shooting and second in opponent three-point shooting allowed. The Wildcats always have a stingy defense but their offense should be able to take it to Marquette’s defense in this game. These conference games are always difficult to read, especially with both teams coming in well-rested. Pythagorean wins measure Villanova as the far better team this year, which means Marquette could either be overachieving or getting lucky compared to their underlying statistical picture. In the end, take a look at the last score and how both teams are able to defend to the other’s strengths. I’m taking the Under in this game.

Betonline Sportsbook currently has a 50% welcome bonus. Visit Betonline and collect up to $1000.