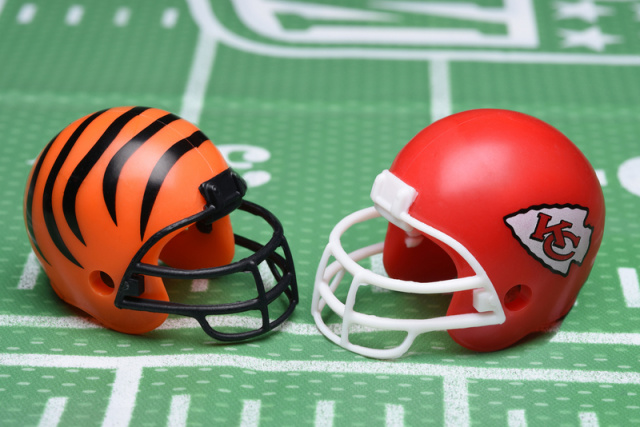 After what was likely the game of the year on Sunday between the Chiefs and the Buffalo Bills, the AFC Championship game against the Bengals might seem like a letdown. The Chiefs shouldn’t get too comfortable with their victory though. In Week 17, the Bengals beat Kansas City 34-31 in Cincinnati in what was one of the best games of Joe Burrow’s young NFL career. But heading to Arrowhead in the playoffs is a different beast. Burrow commented this week that the SEC games get louder than any NFL stadium he has been in. Needless to say, the Chiefs faithful will likely be up to the challenge.

As for the game, there is a major disadvantage between the Bengals offensive line and the Chiefs defensive line. But then again, we said that about the Titans, and Burrows weathered that storm pretty well. The Bengals have also been susceptible to the run as of late, as Tennessee ran for 140 yards on just 27 rush attempts. That number might be swayed a bit by D’onta Foreman’s 45 yard run, but if you allow explosive plays like that to the Chiefs they will make you pay. There is a real chance that Kansas City can just control the ball on both sides of the trenches in this game. For those who are looking at the Week 17 score and the game against Buffalo as an indication of where this one will go, don’t be surprised if it is much slower paced. The Chiefs can dictate the pace of play at home much better than on the road, and if they can just run the ball and keep things in the trenches, they should be able to win easily. My best bet is the Under 54.5.

Visit WagerWeb Sportsbook. Bet Now and get a 50% Welcome Bonus up to $500.

What can you say about Andy Reid? One of the more likable and decorated coaches in NFL history, Reid finally won his Super Bowl in 2019 when the Chiefs beat the San Francisco 49ers. The Chiefs returned to the Super Bowl last season but failed to knock off Tom Brady and the Buccaneers. Reid began his career in Green Bay and held numerous offensive positions with the team, working alongside quarterback Brett Favre. In 1999, Reid became the head coach of the Philadelphia Eagles, and in 2000 the team posted an 11-5 record and had their first playoff game since 1995. In 2013, after the Eagles did not extend Reid, he landed in Kansas City and transformed a struggling team into the offensive juggernaut it is today. Of course, it helps to have landed players like Patrick Mahomes, Travis Kelce, and Tyreek Hill along the way.

Reid has been lauded for his offensive creativity, and his teams have always been among the highest scoring teams in the NFL. Until 2019, Reid was feeling the pressure of never winning a Super Bowl and being labelled only an offensive-minded coach. Over his career, Reid has an impressive coaching record of 233-135-1, including a 19-15 record in the playoffs. This season marked Kansas City’s sixth consecutive AFC West title, and if the Chiefs can get by the Bengals on Sunday, they would likely be large favorites in the Super Bowl against either the Rams or 49ers.

Taylor is quickly cementing himself as one of the better young coaches in the league. In just his third year at the helm of the Bengals, Taylor has transformed one of the worst teams in the NFL into an offensive juggernaut that is in its first AFC Championship game since 1988 when Boomer Esiason was under center. Taylor began his career as the assistant quarterbacks coach in Miami, before taking the offensive coordinator position with the University of Cincinnati Bearcats. In 2017, he was hired as the assistant wide receivers coach, and then promoted to the quarterbacks coach in 2018 under head coach Sean McVay. In 2019, when he was hired as the Bengals head coach, Taylor acquired a squad with an aging Andy Dalton at quarterback. Since then the Bengals have turned things around, drafting LSU superstar Joe Burrow first overall in the 2020 NFL Draft.

It’s almost uncanny how Taylor, McVay, and Kyle Shanahan are three of the four coaches left in the NFL playoffs. The three young coaches have intertwined histories, and are ushering in a new generation of coaching philosophies. All three are offensive-minded geniuses, and with Burrow and the other young offensive stars in Cincinnati, Taylor looks like he is starting a new era of dominance in the AFC. A matchup with either the 49ers or Rams would be fitting, but first he has to get past Andy Reid and the Chiefs this weekend. Taylor has already defeated the Chiefs once this year in Week 17, but the AFC Championship game at Arrowhead Stadium in January is a totally different game.