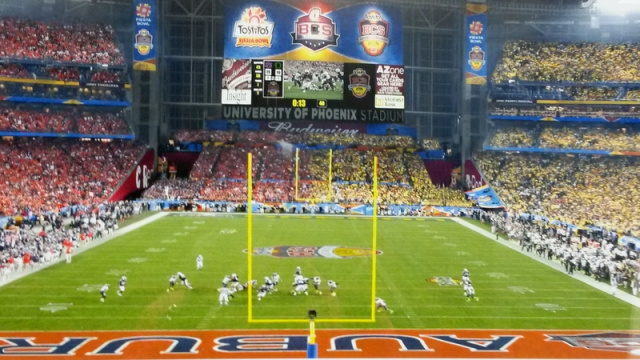 This year’s Birmingham Bowl has a fairly exciting matchup as the Houston Cougars take on the Auburn Tigers in Birmingham, Alabama. Despite Houston finishing with an 11-2 record in the AAC, Auburn gets the Power 5 and SEC head nod to be favored by just under a field goal. Obviously the major news in this game is the transfer of Auburn quarterback Bo Nix to Oregon for next season. This means that backup quarterback TJ Finley will be under center for this bowl game. Finley is coming off an ankle injury that hampered him through the last few weeks of the season, but the quarterback does believe he will be 100% for the Birmingham Bowl. Both teams have decent offenses, but Auburn’s defense is likely the strongest unit in this game. Finley’s offense looked great against Alabama in the Iron Bowl, but will be missing parts of his offensive line including right tackle Brodarious Hamm who has opted out. This could be a problem against a Houston defensive line that was the best in its conference led by Derek Parish and Logan Hall. Ultimately the game will come down to what Houston’s offense can muster against this Auburn defense. Auburn should be able to dominate in the trenches and give this Houston offensive line some trouble. While I do believe Finley can get some points on the board, Auburn can play slow and methodical when it wants to control a game. I love the Under 51 points in the Birmingham Bowl.