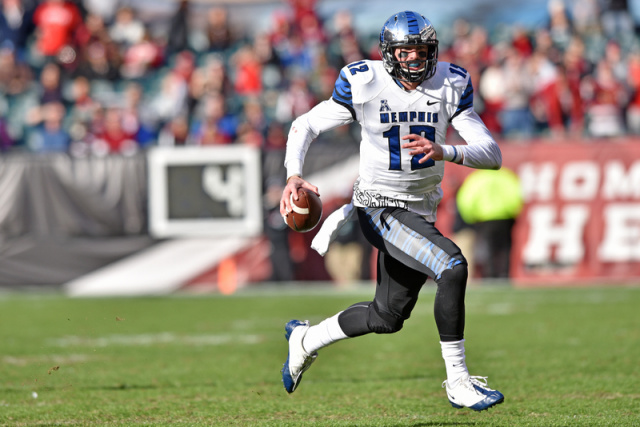 The College Football Playoff Committee bumped Houston up seven spots from 24 to 17 this week, as the Cougars continue to roll through the AAC following a 37-8 thrashing of Temple last week. Houston has now won nine straight games after losing in Week 1 to Texas Tech, and has scored more than 30 points in eight of those nine wins. Memphis on the other hand has stumbled through the season with numerous key injuries, particularly at quarterback. As usual, the Memphis offense has some strong playmakers in wide receiver Calvin Austin and running back Brandon Thomas. Unfortunately for Memphis it is facing a staunch Houston defense that ranked 32nd in yards allowed, 23rd in rushing efficiency, and 49th in third down succession. The one thing that may give bettors pause in this game is that Memphis has actually won the past five meetings with Houston, including a 30-27 win last December. As with many college programs, there is a high amount of turnover from year to year, and Memphis is no exception. Memphis has a knack for sticking around in games including a 28-25 win over SMU and a 30-29 loss to East Carolina last week. These two programs know each other well, and at this point in the season, Houston may be looking ahead to the inevitable showdown with Cincinnati in the AAC Championship game. I’m taking the +8.5 with Memphis, and also taking the Over 61.0.

Bet on Football at MyBookie Sportsbook and get a 100% sign up bonus up to $1000 with first deposit. Join Today