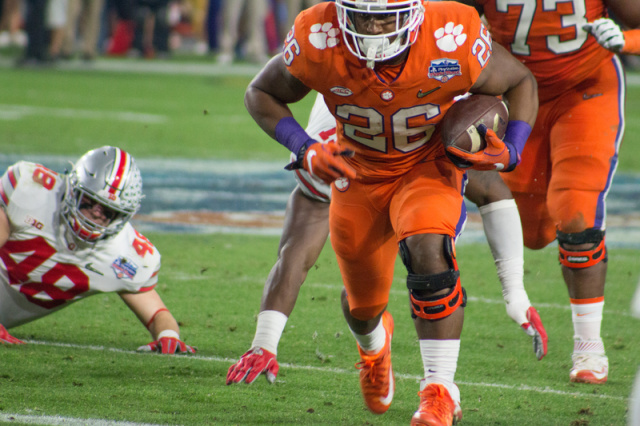 It is not often that Clemson plays on a Friday night, but this iteration of Clemson should also not be confused with those of Trevor Lawrence or Deshaun Watson. On Friday, Clemson visits the Carrier Dome to take on Syracuse in the battle of the Orange schools. Clemson enters the game winners of two of their last three games, but still remain unranked for the season. Syracuse is coming off of a tough loss to Wake Forest in overtime and have now dropped two straight games by a field goal. It’s a short week for Syracuse and Clemson is coming off a bye so they should be rested. The problem for Clemson is its offense has been uncharacteristically bad this year. New quarterback DJ Uiagalelei has only thrown three touchdowns so far this season, while being intercepted three times as well. The offense just hasn’t been clicking for the Tigers, and that’s one thing they will need to solve before facing off against the 22nd ranking defense in FBS. Clemson is just as stingy with the 20th ranked defense, but Syracuse also has the 11th best rushing attack in the nation. At first glance, the spread looks like Syracuse is playing an older version of Clemson. This version has struggled to hit fourteen points in some games. It’s way too many points for an anemic Clemson offense, so I’m taking Syracuse +14.0 at home and sprinkling a little on the moneyline as well!