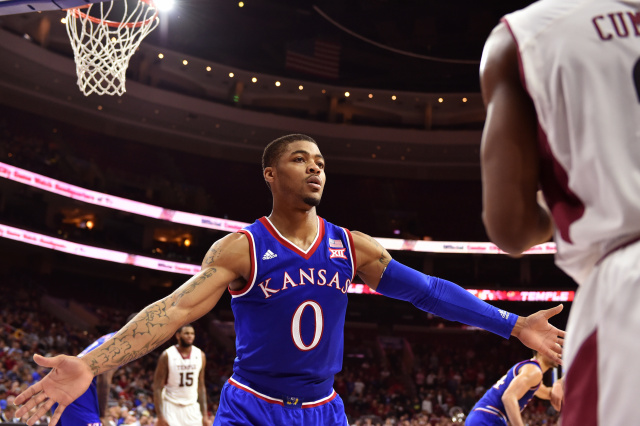 A major Big 12 showdown between two long-time rivals will take place on Tuesday night in Ames, Iowa. These two teams just faced each other on January 11th, where the Jayhawks managed to steal a 62-61 victory over the Cyclones. Don’t pay too much attention to the rankings right now though as the difference between these two squads isn’t as wide as it would suggest. The most glaring stat that stands out right now: Kansas ranks 122nd in defensive rating, while the Cyclones are 11th in the country. Kansas was exposed by fellow blue blood school Kentucky over the weekend, suffering a 80-62 beatdown at home. Meanwhile Iowa State is coming off of a couple of convincing wins over Oklahoma State and Missouri. This game should be a battle between the backcourts as both teams have seen strong guard play so far this year. Izaiah Brockington and Tyrese Hunter have been exceptional this year, particularly Brockington when he loads up from downtown. Kansas will counter with Christian Braun and Ochai Agbaji, two of the stronger backcourt players in the conference. Speculation that Agbaji is still nursing a wrist injury could explain his poor shooting night against Kentucky where he shot just 4/14 from the field. Normally I’d be all over Kansas here on a buy low spot. The truth is, their defense scares me right now, and Iowa State will want to follow the formula that Kentucky did by pounding the ball down low and dominating the glass. I’m taking the Under in this rematch between the Jayhawks and the Cyclones.

MyBookie currently has a 100% welcome bonus up to $1000. Visit MyBookie to check out all promotions.