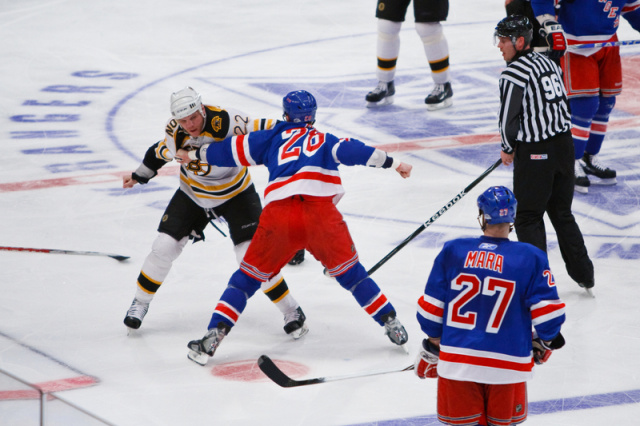 It seems as if the NHL is cracking down on rough-housing this year. Detroit Redwing’s Captain Larkin was suspended one game for throwing a punch, and the Avs’ Landeskog was suspended two games for boarding. I was watching the Wings-Lightning game. Detroit’s captain, Dylan Larkin, did indeed throw a solid right cross into the face of Tampa Bay’s Mathieu Joseph, but only after Joseph rode him into the boards from behind. My initial thought was, “Why no major penalty on Joseph?” He got a standard 2-minute roughing call. It was a pretty dirty hit from behind. Larkin had played only 44 games last season after he suffered an injury against the Stars when he was cross-checked in the neck, so you can understand why he was angry. That punch Larkin landed will now cost him over 30,000 dollars and a missed game. Avalanche forward Gabriel Landeskog will miss two games, and was fined 70,000 dollars for boarding the Blackhawk’s Kirby Dach. Both Larkin’s and Landeskog’s fines will be paid into the Players’ Emergency Assistance Fund. Landeskog will have to sit out games against the Blues, and then the Capitals. The NHL is really the only sport where you don’t get in “too much” trouble for fighting. Maybe a little skirmish will cost you 5 minutes in the penalty box. But unlike football, baseball and basketball, you don’t always get an automatic ejection or suspension for fighting. But in hockey, the players don’t often get that hurt after a fight. Usually, they are more tired out after throwing repeated punches, and it is not un-common to see the players give a hug to each other after their fight, kind of to say, “Nice Job!” But the boarding, cross checking, and hitting from behind is where the real injuries happen. Even though Larkin was right to be upset, there were better ways to go about retaliation than to sucker punch an unsuspecting player in the face. And I think that is what the league wants to get away from. Larkin, being the captain, probably should have had a little more composure than that, and so the league is sending a message early in the year this season that they won’t tolerate the cheap stuff.