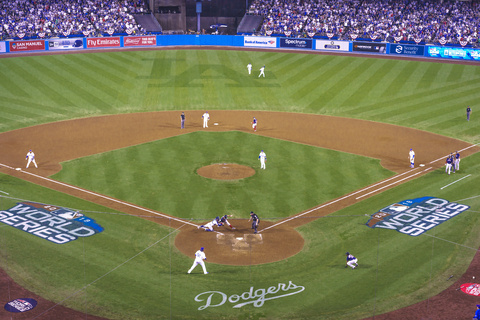 Like every other year, MLB Fans are in for another action-packed World Series.The top 10 teams will battle it out for last two spots in the playoffs. I’ll flip a coin on this one; Dodgers, Astros; decisions, decisions.

The defending champions, LA Dodgers are strong favorites to win it again this year. They have the distinction of possibly becoming the first team to win 2 back to back titles in a decade? It will be interesting to see how LA handles the pressure. No expert or MLB pundit can write them off after seeing their sensational performances this year.

In last four years, the Dodgers have appeared in three World Series winning one and losing two. In last years series they defeated Tampa Bay to clinch title. However, I’m thinking this season will be much harder than last year.

In the regular season, LA failed to clinch top spot finishing behind their Northern rivals, San Francisco. No division title this year for LA as they qualified for playoffs after grabbing the wild card spot. However, they won 100+ games in regular season campaign pretty close to the Giants in the NL West.

But the defending champions are in trouble because of injured Clayton Kershaw, recipient of three Cy Young awards. Sadly, he will have to miss the rest of the season with an elbow injury that has put a damper on their chances of winning the title once again. I am of the opinion, the Dodgers are going to have a hard time with survive without one of their top players, so, LA will have to find a way to win it after this major blow.

It will have to be with players like Walker Buehler, Mookie Betts and Trea Turner to give them the bust they need. Buehler who played for the Vanderbilt Commodores and is a member of their 2014 College World Series championship team,  with a 2.35 ERA and 16-4 record this season he must come through for LA if they plan to win the title again this year.

It took Houston 55 years to win a World Series, but it also took some video cameras and some sign steeling to do it, but what are you gonna do?

But now the question is! Can they stop the Dodgers from defending their Crown in this year’s World Series? The odds are in their favor after the injury of LA’s star pitcher, Clayton Kershaw. Plus, Houston is in top form, winning the division title in AL West with 95 wins on the chart. Last year the Astros fell short, finishing behind the Oakland Athletics in west, but this time they are on top and looking up. They seem to be pretty confident heading in to this year’s playoffs.

Right now it looks like Houston Astros got the edge and Dodgers will have to find a way to defend their title. If Los Angeles survives the playoffs, I have no doubt they will become champions for 2 times in a row for first time in 21 years. Tea Turners had a terrific season and might become the best player in World Series. These are my top two contenders in MLB World Series Predictions this year.