Arnold Rothstein and the 1919 World Series 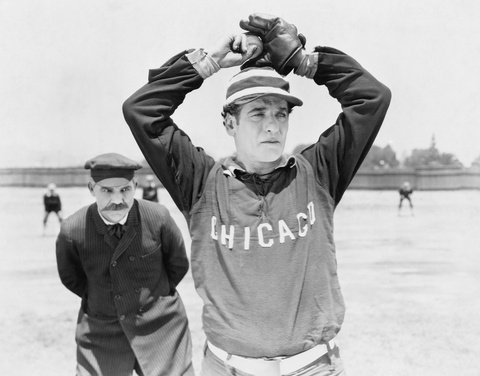 I love Chicago; Deep Dish pizza, Italian Lemonade, Chicago Dogs. Old time mobsters; In Chicago they were called The Outfit.  Al Capone and Frank Nitty on the South Side, Dean O'Banion and Earl "Hymie" Weiss on the North Site. They were rival Rum Runners back in the day. This is the story of the man they called the Brain and the 1919 World Series.

Long before there was ever mention of the Houston Astros stealing signs or banging on trash cans, or Pete Rose gambling on his own teams’ games, there was perhaps the most infamous sports scandal in history: The Black Sox scandal of 1919. If you thought buzzers were corrupt, try nearly an entire lineup of players from the Chicago White Sox organization that allegedly threw games in the World Series for payoffs from the Chicago Outfit (the mob). Although he was never convicted or found guilty of any crime, there is pretty strong evidence that the mastermind behind the plot was well known Jewish mob kingpin, Arnold Rothstein.

Rothstein was nicknamed “the Brain” for a reason, he was always scheming up ways to make money, especially when it came to gambling. He came from humble beginnings, at least compared to what his later life would indicate as his father was a wealthy Jewish businessman who had his own nickname, Abe the Just. Arnold’s older brother would eventually become a rabbi, as the oldest son in a very traditional Jewish family, which makes the younger Rothstein’s descent into the criminal underworld such a contrast to the rest of his family.

Arnold gambled from a young age, and some, including Rothstein himself, believed it was a byproduct of growing up with such a strict upbringing. He was not, however, a young, brash gambler who bullied his way into becoming a kingpin. By age 28, Rothstein had moved into the Tenderloin district of New York where he would open his own casino. Later on, Rothstein would also take ownership of a local horse racetrack, where he was known to fix races for his own profits. All of this led to Rothstein becoming a millionaire by the time he turned 30 years of age, an incredible feat, especially given the time period of the early 20th century.

In 1919, the World Series matchup saw the Chicago White Sox take on the Cincinnati Reds in what would go down in history as a black eye for Major League Baseball. Rothstein was allegedly the mastermind behind the plan as his agents paid off a group of White Sox players to throw the best-of-nine series. Eight players, including superstar Shoeless Joe Jackson were charged and eventually banned from the game of baseball for life. While Rothstein was named as a conspirator, he was able to keep his hands clean and was never implicated with the rest of those who were involved. The Brain was always able to keep his name clear, something that would carry over into the 1920s when Rothstein was a huge part of the bootlegging of alcohol during prohibition. If his character seems familiar, it is. Arnold Rothstein was the allusion behind the character Meyer Wolfsheim in F Scott Fitzgerald’s novel the Great Gatsby, as well as a character in HBO’s crime drama Boardwalk Empire.