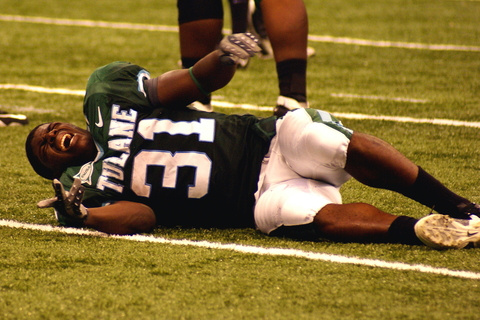 For Thursday night we head to the American Athletic Conference for a matchup between the Cougars and the Green Wave of Tulane. Houston is off to a good start so far this year going 3-1, while Tulane has been a disappointment since its opening week upset of Oklahoma. Last week, Houston smashed Tulsa 45-10 in a game that was never close. The interesting thing to note is that Houston was a three point underdog to Tulsa, which may see an overcorrection of how bettors see them this week. We’ve already seen the line against Tulane rise to -6.0 after opening at -4.5. Houston’s defense is legit though ranking in the top ten in the nation in points allowed per game, and only an average of 144 passing yards. This game can easily be won on the ground by the Cougars, as Tulane allows nearly 5.0 yards per carry to opposing running backs. Houston’s Alton McCaskill scored three touchdowns against Tulsa last week, and now has seven touchdowns in the first four weeks of the season. Meanwhile Tulane has been an offense that has been predicated on the passing game, something that just hasn’t worked against Houston this year. It’s surprising that the total for this game sits at 59.5, although that is down from the 60.0 it started at. I love Houston and the Under in this game.